Leagues and tournaments going to the next level!

Scorekeeping directly on the New App

The CompuSport system offers a Scorekeeping Feature that can be used for Leagues and Tournaments. This has been used for a few years now, but it's never been made easier then with the new app that was released in September.

When a league manager or tournament director turns on the scorekeeping feature, it allows players to fill out scoresheets directly from their phones.

League scoresheets are usually more detailed with all the games played, points etc. But basically personalized to each league. Once it is filled out it is sent for approval to the opposing team. The team checks it over and either Accepts or Rejects the scoresheet.

Once accepted it updates the stats automatically.

Results the same night you play, imagine that!!! 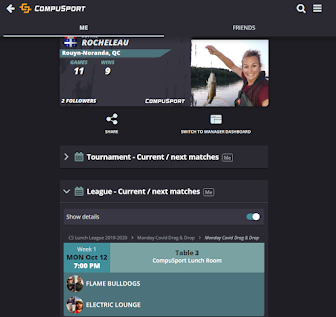 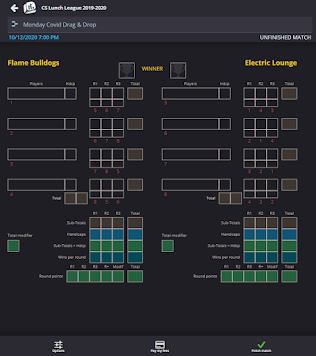 Tournaments also use this feature to advance the bracket. Perfect tool for remote tournaments or tournaments who want to go paperless.

Players receive their notifications saying which surface they play on and at what time. 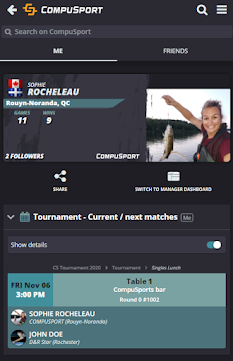 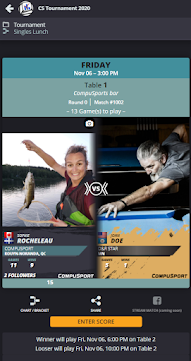 When done they can either fill out a scoresheet or set the winner (Settings depend on tournament director). 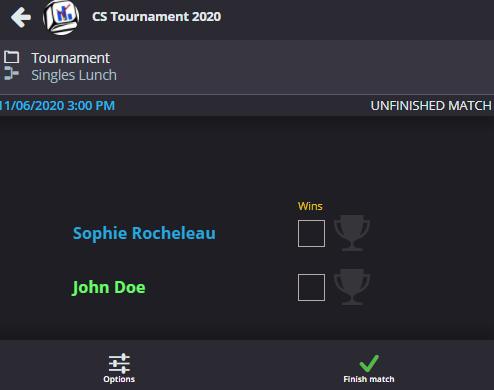 That process will advance the bracket!!!

The players will receive notifications saying they won or lost and receive next match information.

View how the scorekeeping process works for players